The current conduction in a n-type semiconductor is predominantly by free electrons i.e. negative charges and is called n-type or electron type conductivity. When a potential differences is applied across the n-type semiconductor, the free electrons(donated by impurity) in the crystal will be directed towards the positive terminal, constituting electric current. As the current through the crystal is predominantly by free electrons which are carriers of negative charge. Therefore ,this type of conductivity is called negative or n-type conductivity. 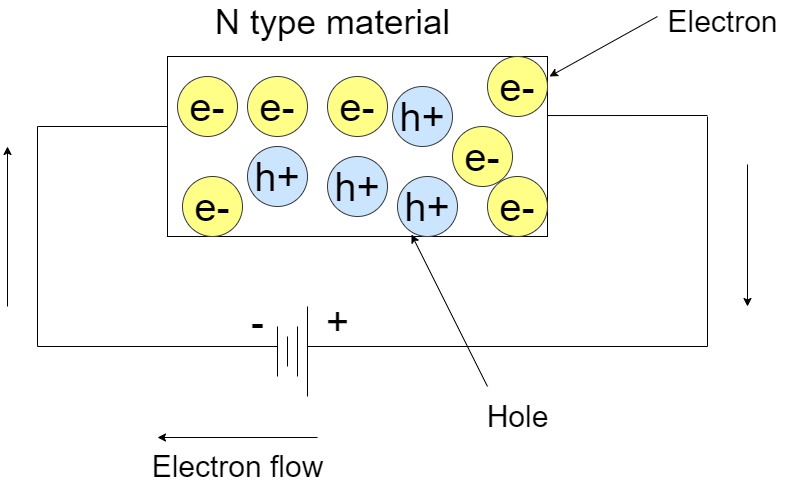 On Adding pentavalent impurities into silicon such as arsenic ,it is forced to bond with neighboring silicon atom as in diamond crystal structure. Only four electrons will participate in bonding leaving one extra electrons. This extra electron becomes free electron because it is not attached to any atom. Therefore, for each arsenic atom added, one free electron will be available in the silicon crystal. Though each arsenic atom added provides one free electrons, yet an extremely small amount of arsenic impurity provides enough atom to supply millions of free electrons. Since this type of extrinsic semiconductor provides a large number of free electrons ,it is called n-type semiconductor (n stands for negative charge on an electron). 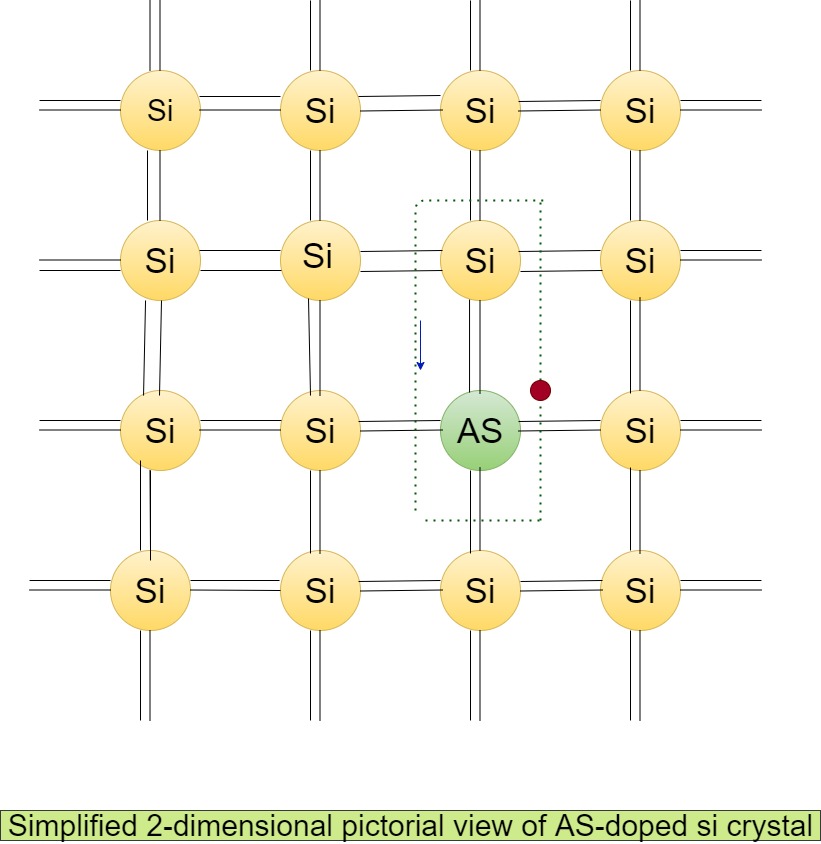 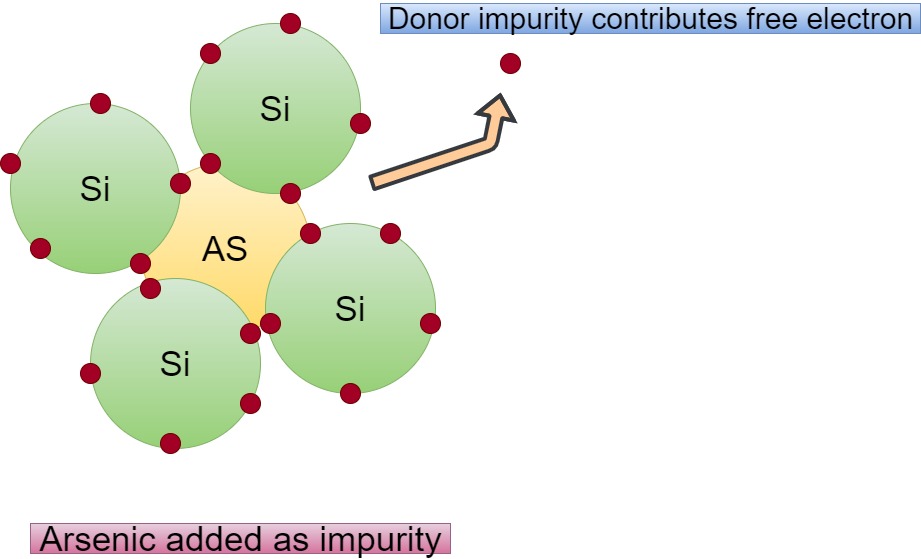 The extra 5th electron continuously goes on orbiting to arsenic (AS+) ion core similar to electron in hydrogen atom. Hence ionization energy required to free the electron is: 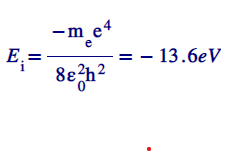 since ,the electron is orbiting in the silicon environment hence we have to use absolute permittivity of silicon and effective mass of electron in silicon, 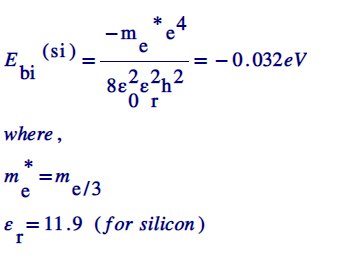 Thus, this 5th electron is normally found in conduction band. 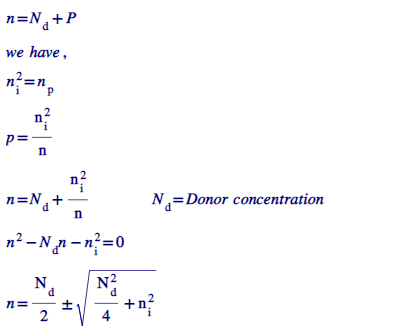 This is called minority carrier suppression. 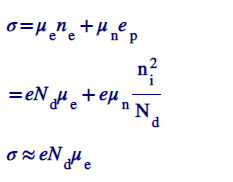 so conductivity is mainly due to mobility of electrons in type semiconductors. 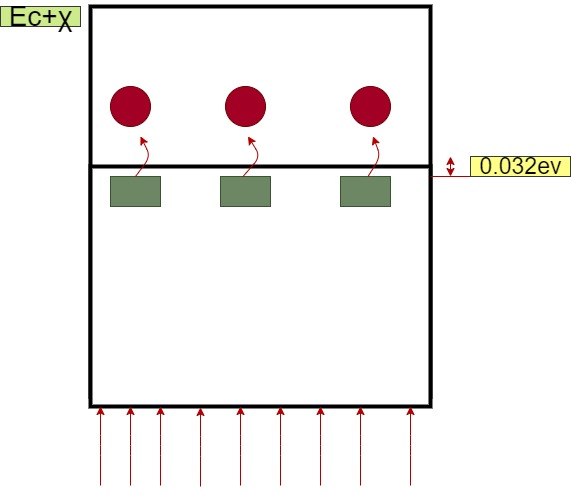 As atom sites energy 10^6 silicon atoms. The energy band diagram for n type semiconductor with As is shown above in the diagram. One pentavalent (arsenic) impurity atom is added to pure (intrinsic) silicon. The impurity atom has 5 valance electrons. Four of the arsenic atom`s valence electron are used to form covalent bonds with 4 silicon atoms, leaving one extra electron.

For more notes on Electrical engineering: