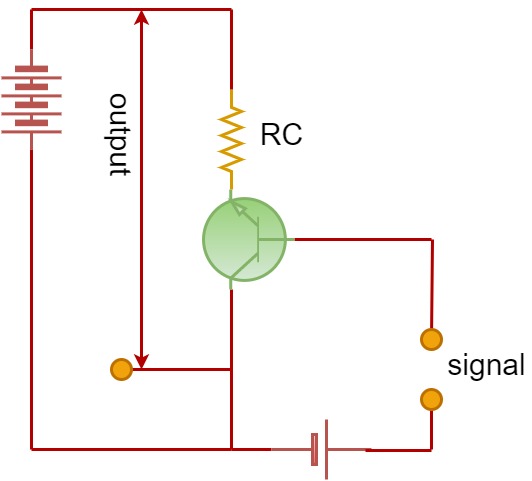 There are three leads in a transistor i.e. emitter ,base and collector terminals. When a transistor is to be connected in a circuit, we requires four terminals; two for the input and two for the output. This difficulty is overcome by making one terminal of the transistor common to both input and output terminals. The input is fed between this common terminal and one of the other two terminals. The output is obtained between the common terminal and the remaining terminal. Transistor can be connected in a circuit in the following three ways: 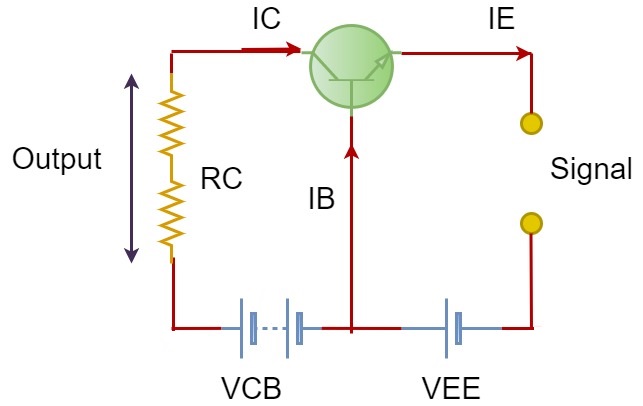 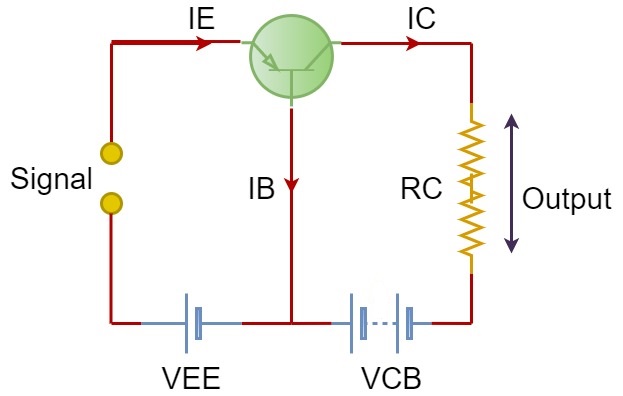 (i) current amplification factor α is given by: 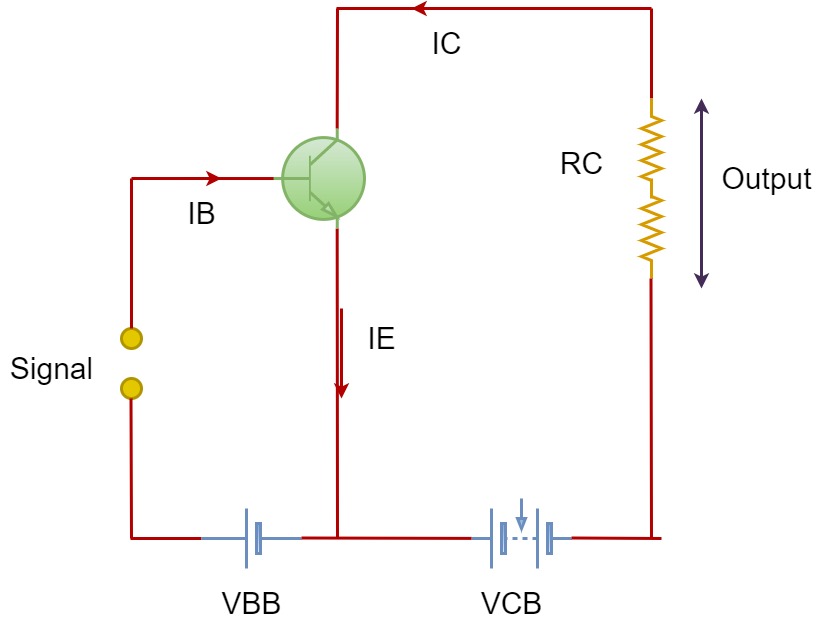 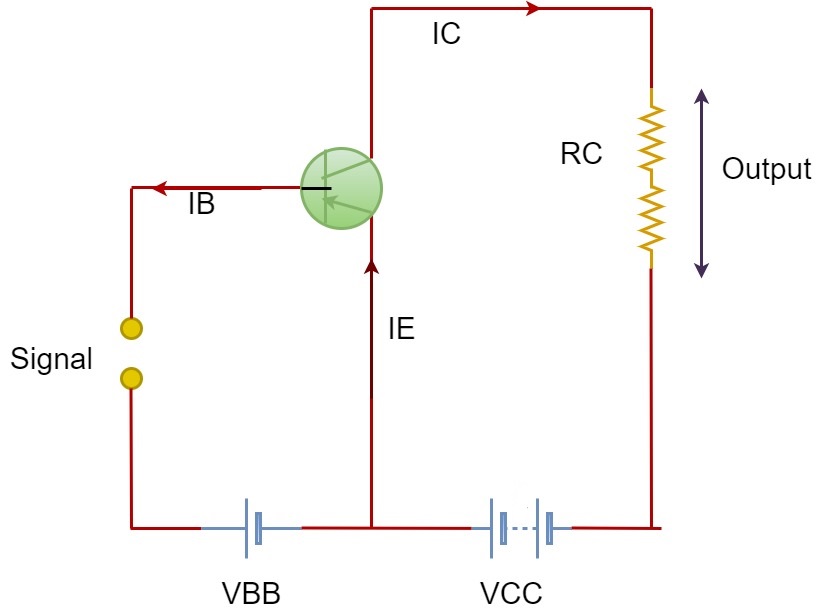 (i) current amplification factor β is given by:

Out of the three transistor connections, the common emitter circuit is the most efficient. It is used in about 90 to 95 percent of all transistor applications. It is used because of: 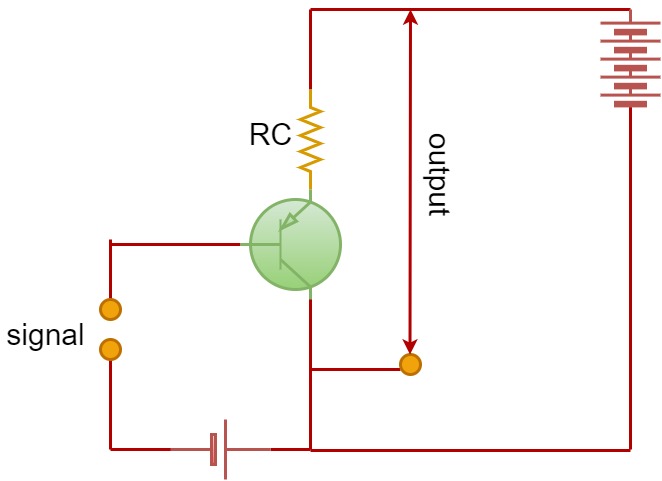 (i) current amplification factor γ is given by;

Current gain is same as the common emitter circuit i.e

But the voltage gain is always less than 1.

(ii) The relation between γ  and α is, 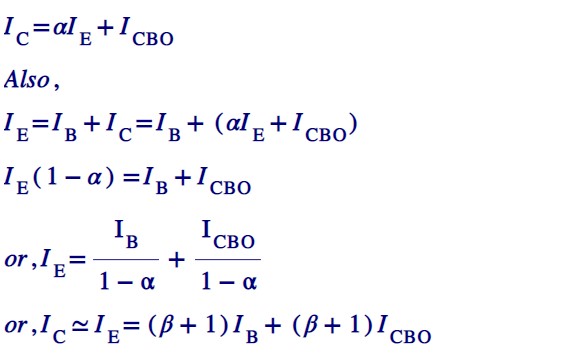