The above difficulty is largely overcome by employing 3-wire system which consists of two outers and an earthed middle wire known as neutral wire.In such system consumer apparatus or lamps are connected between the neutral and one of the outers. The voltage between the outers being twice that of consumer’s terminals increases the transmission efficiency and reduces the cost of conductor material.

If currents flowing through +ve and -ve outers are I1 and I2 respectively then current in the middle wire will be difference of currents I1 and I2 flowing in the outers.

When the load on +ve side is greater than on -ve side,current equal to difference of outer currents will flow in the neutral wire from load end to supply end as shown in figure below, 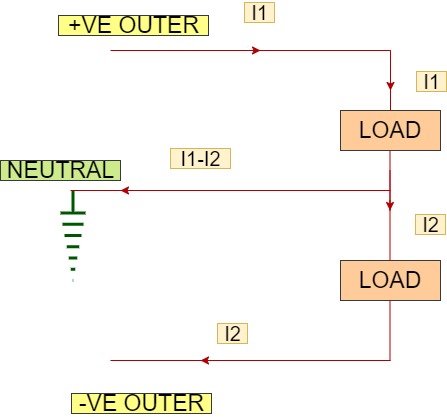 But when the load on -ve side is greater than on +ve side,current equal to difference of outer currents will flow in the neutral wire from supply end to load end as shown in figure below, 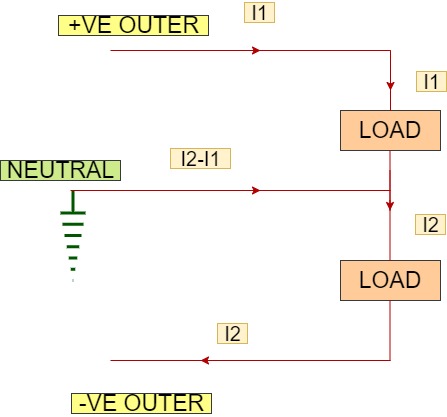 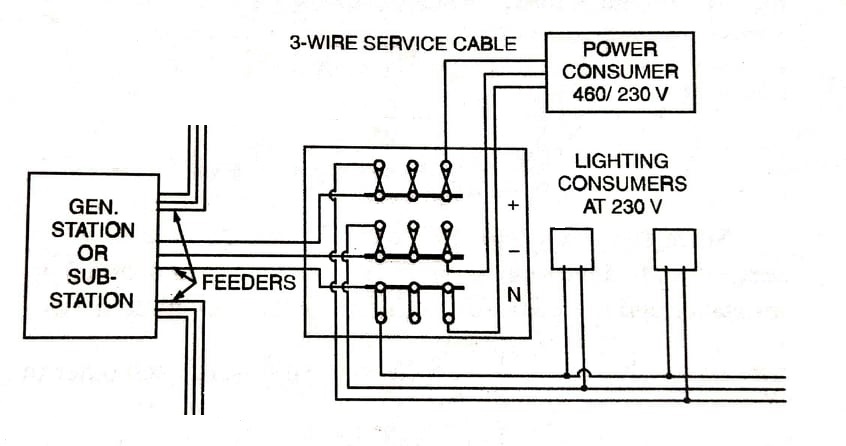 voltage at power station and feeding point be V1 and V2 volts respectively. 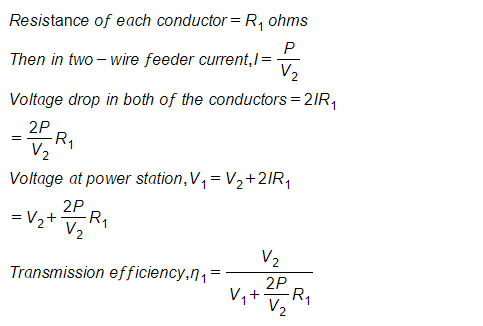 In a 3-wire system the voltage is double i.e 2V2 and therefore,each outer will carry current of P/2V2   so long as the load is balanced. 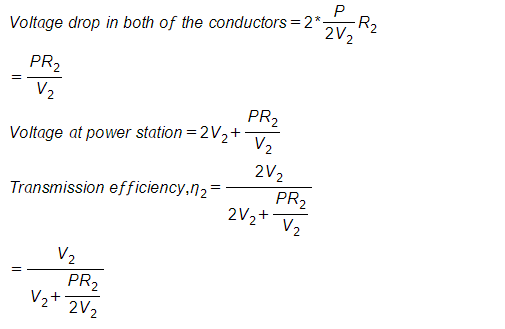 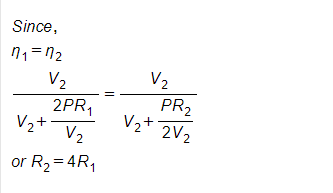 Since for given length of a conductor,the area of cross section and therefore volume is inversely proportional to resistance and if volume of conductor material required in two-wire system is v units,v/2 in each wire,volume of each outer in the 3-wire system=((v/2)/4)=v/8 and volume of middle wire=v/16.