But in case of an Induction motor, current are induced in the rotor circuit and the rotor conductors carry current in the stator magnetic field and thereby a force is exerted on the conductors which tends to move them at right angles to the field.

When the stator or primary winding of a 3 phase Induction Motor is connected to a 3-phase ac supply, a rotating magnetic field is established which rotates at the synchronous speed.

The direction of revolution of this filed will depend upon the phase sequence of the primary currents and therefore will depend upon the order of connection of the primary terminals to the supply. The direction of rotation of the field can be reversed by interchanging the connection to the supply of any two leads of a 3-phase Induction motor. The number of magnetic poles of the revolving filed will be the same as the number of poles for which each phase of the primary or stator winding is wound. 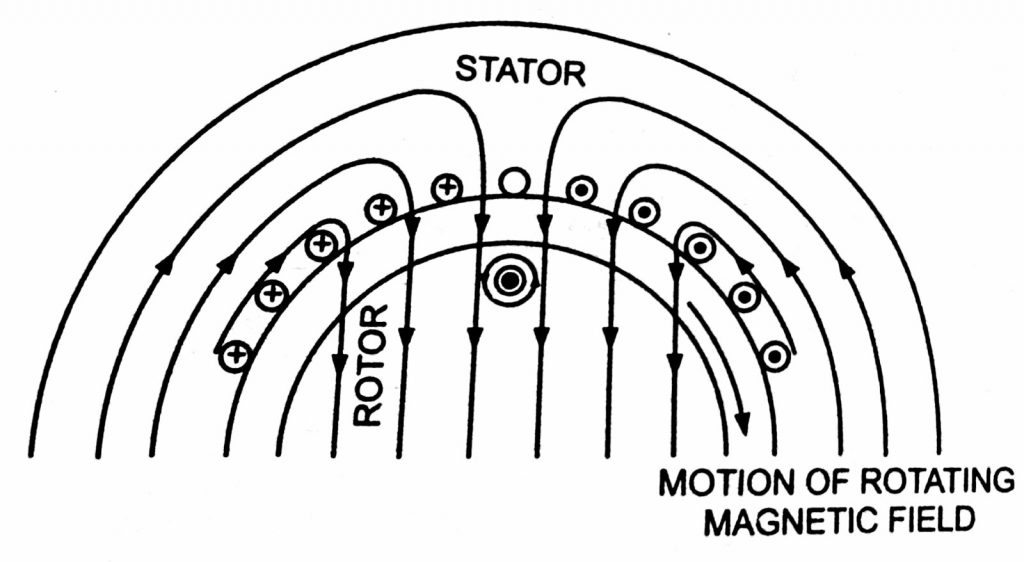 If the developed torque is great enough to overcome the resisting torque of the load, the rotor will accelerate in the clockwise direction or in the same direction as the rotation of the stator field.

Why an Induction Motor cannot run at synchronous speed?

According to the Lenz`s law ,the direction of induced emf would be in such a direction that it would try to oppose the very cause for which it is due. The cause producing the induced currents is because of the relative speed between the rotating magnetic field and stationary rotor conductors. Hence, they circulate in such a manner that a torque produced in the rotor cause it to follow the rotating magnetic filed and thus reduces the relative speed.

The working principle illustrated diagrammatically as below: 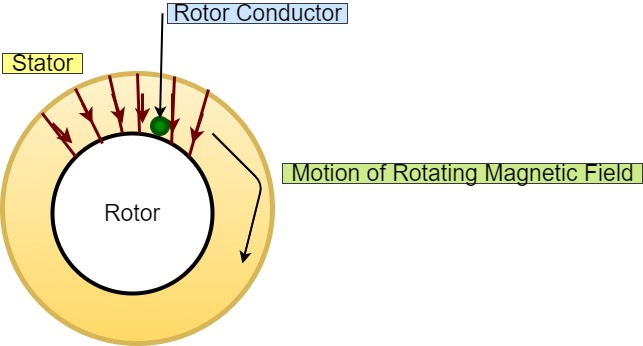 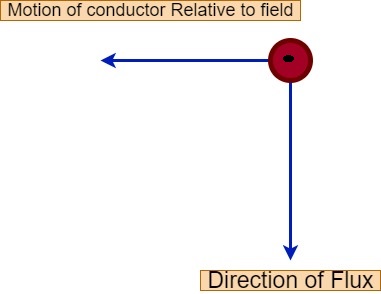 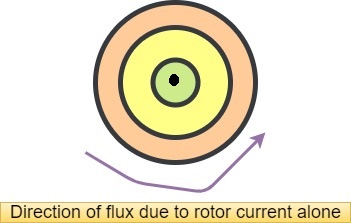 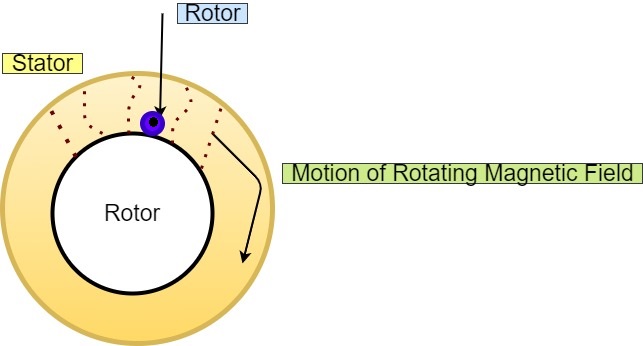 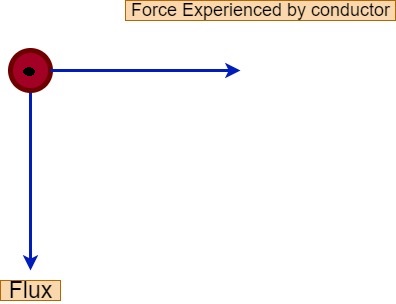 When an induction motor is running at no load will have a speed very close to the synchronous speed and hence emf in the rotor winding is very small.The small emf just provides a small current developing torque sufficient to overcome the losses due to friction and maintain the rotor in motion.

Since the mechanical load is applied on the motor shaft,it must slow down because the torque developed at no load will not be sufficient to keep the rotor revolving at no load speed against the additional opposing torque of load.As a result motor slows down and the relative motion between the magnetic filed and the rotor is increased which  results in greater rotor currents and greater developed torque.

If the load is increased ,the motor slows down until the relative motion between the rotor and the rotating magnetic field is just sufficient to result in the development of the torque necessary for that particular load.

For More Notes on Electrical Engineering:

References: Theory and Performances Of Electrical Machines by J.B gupta