1.line at the receiving end is open circuited.

2.line at the receiving end is short circuited.

when the line is open circuited(IR) is zero and the sending end voltage (VS) and sending end current(IS) are given by: 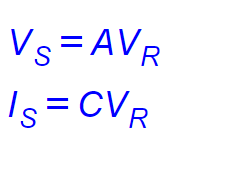 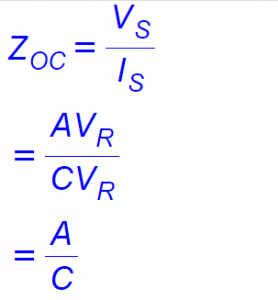 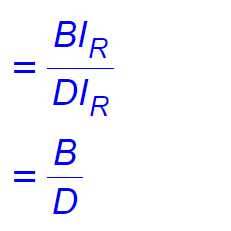 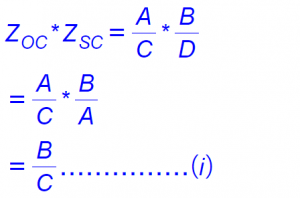 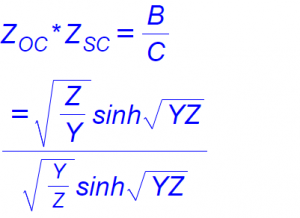 The loading when the receiving end of the transmission line is terminated by a resistive load equal to the surge impedance of the line is known as surge impedance loading(SIL).It is also defined as the load(of unity power factor) that can be delivered by the line of negligible resistance.

;it is also the natural power of the line.

This gives the limit of the maximum power that can be delivered by a line and is useful in the design of the transmission lines.the power transmitted through a long transmission line can be increased either by increasing the value of receiving end line voltage(V L-L ) or by reducing surge impedance(Zo).surge impedance loading is the most common method adopted for increasing the power limit of heavily loaded long transmission lines.But it becomes non practicable and no economical to increase the value of receiving-end line voltage beyond its limit.

The loading of the line is defined on the basis of SIL and increases with the increase in voltage. 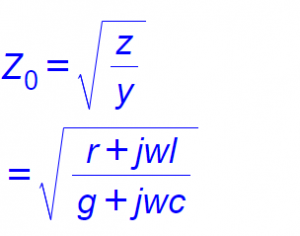 If the line is loss-less then, 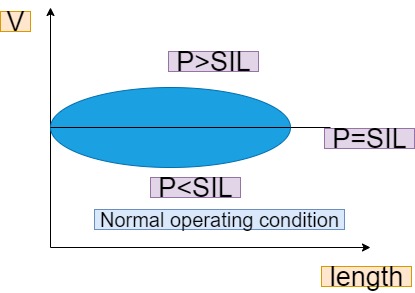 fig:voltage profile of a transmission line based on the values of SIL

By use of series capacitors surge impedance(Z0) and the phase shift(β) gets reduced due to decrease of the line inductance(L) .It improves the system stability limit.These capacitors are also helpful in reducing line drops and voltage variations.

By use of shunt capacitors surge impedance(Z0) is reduced  and the phase shift(β) is increased due to increase in the value of C.When synchronous machines are used ,loads stability conditions becomes worse.This method is used in case of long transmission lines where stability limits are present.

For more Notes on Electrical Engineering: