Dc motor are indispensable for many adjustable speed drives as Speed control can be achieved in dc motor.The expression for for speed of a dc motor is given by:

The above expression reveals that the speed can be controlled by adjusting any one of the three factors appearing on the right hand side of the expression: 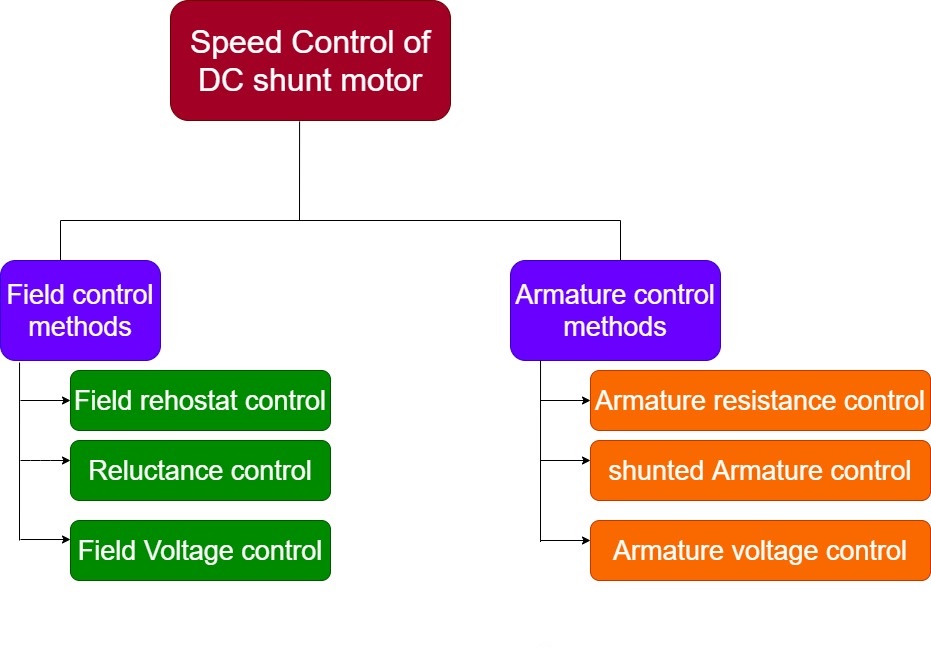 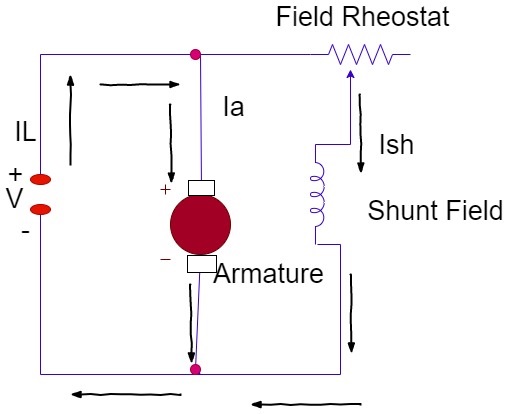 The value of controlling resistance to provide a desired increase in speed can be determined form the magnetisation characteristics of the machine.

Let the initial values of back emf,flux and speed be Eb1,Φ1 and N1 respectively and let the back emf and flux be Eb2 and Φ2 respectively at new speed N2. 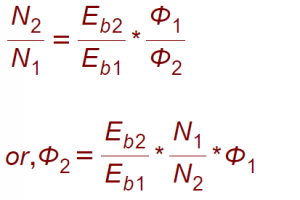 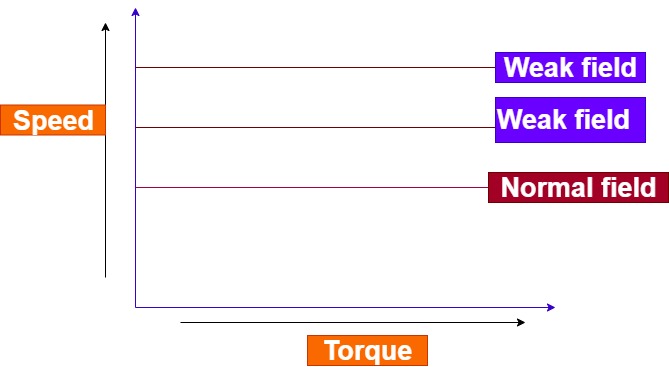 speed adjustment of dc shunt motors by armature control may be obtained by:

This method consists of a variable resistance connected in series with the armature.The voltage across the armature drops as the current passes through the series resistance and the remaining voltage applied to the armature is lower than the line voltage.Thus the speed is reduced in direct proportion to this voltage drop at the armature terminals.Field current will remain unaffected as the shunt field is directly connected across the supply mains. 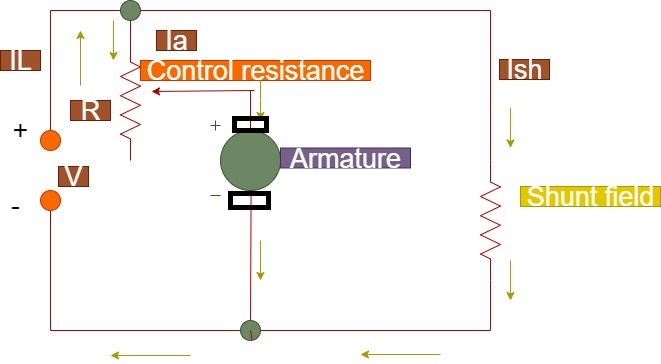 From the above equation(i) we can determined the value of the resistance to be inserted in series with the armature.

If the voltage drop in armature at no load is neglected then we have,

For the given resistance (Ra+R) the speed is a linear function of armature current Ia. 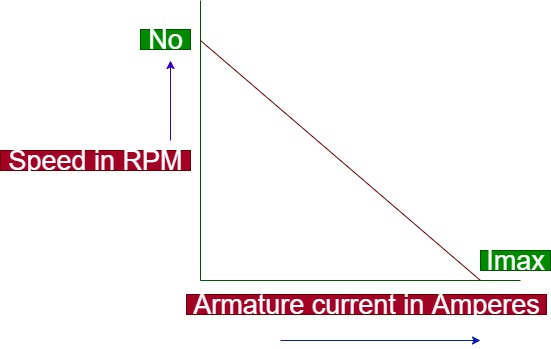 The motor speed will be Zero i.e the motor will be stalled when Ia=V/(R+Ra).This is the maximum current and is known as stalling current.

This method of speed control is employed where the speeds lower than rated one are required for a short period only.such as in printing machines,cranes and hoists where the motor is frequently started and stopped.It is also employed where the load drops off rapidly with decrease in speed as in fans and blowers.