From the equivalent circuit ,

where the quantity IZ is the voltage drop along the line. 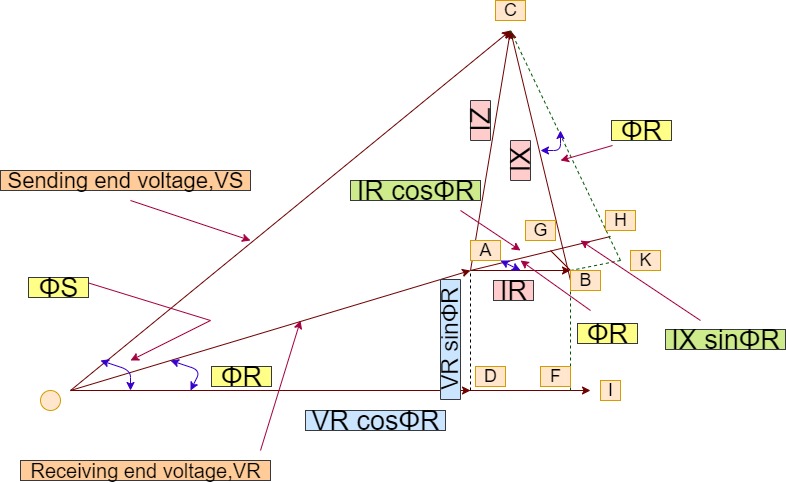 Phasor I =as the reference phasor for an inductive load (lagging power factor load).

From the phasor diagram, 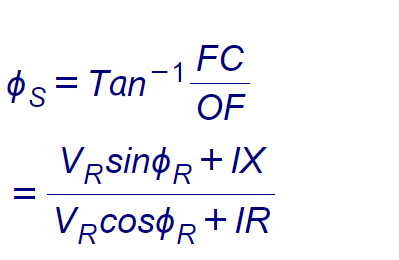 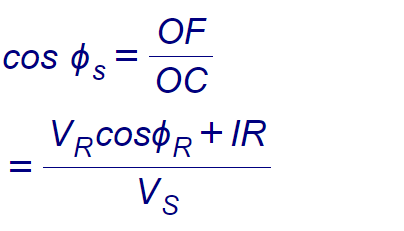 For determination of approximate value of sending end voltage, 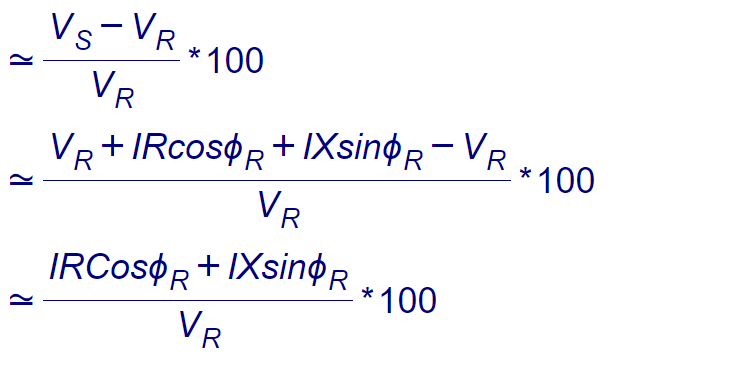 where Vr and Vx are the per unit values of resistance and reactance of the line.