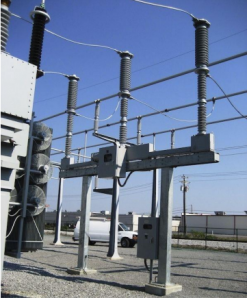 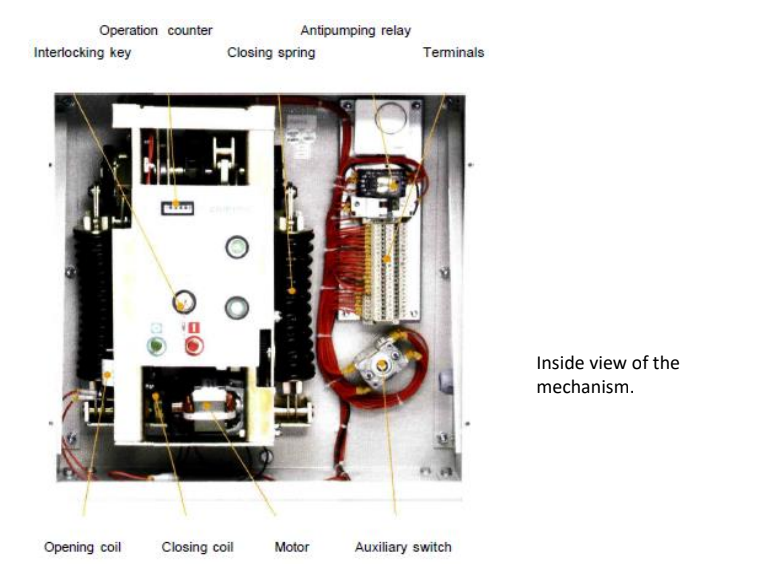 Inside view of the mechanism. 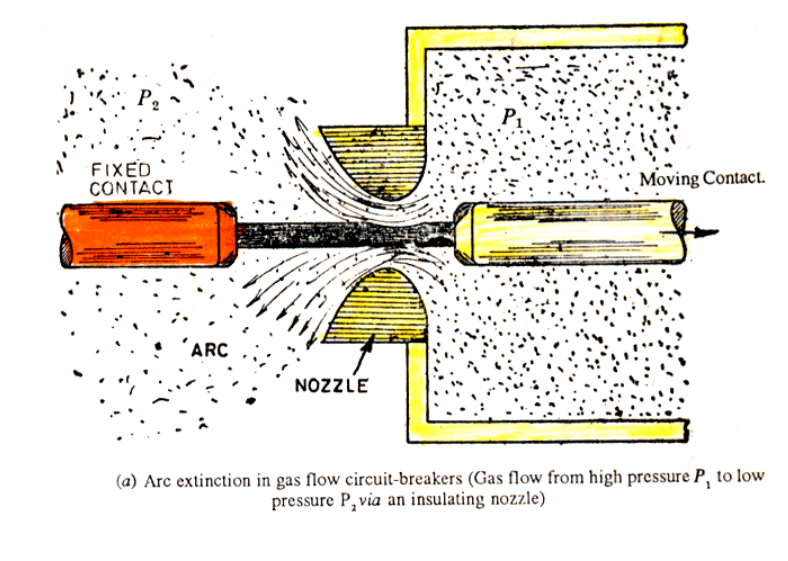 This breaker has a cylinder and piston arrangement. The piston is fixed but the cylinder is movable.The cylinder is tied to the moving contact so that for opening the breaker the cylinder along with the moving contacts moves away from the fixed contact.But due to the presence of fixed piston the SF6 gas inside the cylinder is compressed.The compressed SF6 gas flows through the nozzle and over the electric arc in axial direction.Due to heat convection and radiation the arc diameter reduces gradually and the arc is finally extinguished at current zero.

The dielectric strength of the medium between the separated contacts increases rapidly and restored quickly as fresh SF6 gas fills the space.While arc quenching, small quantity of SF6 gas is broken down to some other fluorides of sulphur which mostly recombine to form SF6 again.A filter is also suitably placed in the interrupter to absorb the remaining decomposed byproduct.The gas pressure inside the cylinder is maintained at around 5 kgf per sq cm.At higher pressure the dielectric strength of the gas increases. But at higher pressure the SF6 gas liquefy at higher temperature which is undesired.If the SF6 gas will liquefy then it loses the ability to quench the arc. SF6 Circuit Breaker has fixed contact as well as moving contact. Theses fixed and moving contacts are known as MAIN CONTACT.There exists one another contact which is known as ARCING CONTACT. Arcing Contact is part of fixed contact.Basically, Arcing contacts are only designed to withstand arcing. It is not designed for carrying load current. In spite, main contacts are designed to carry load current and not the arcing.

An interrupt is a chamber which encloses the breaker contacts, insulating nozzle, SF6 gas chamber. Interrupter is made of porcelain. 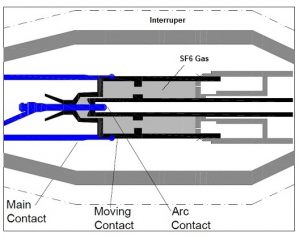 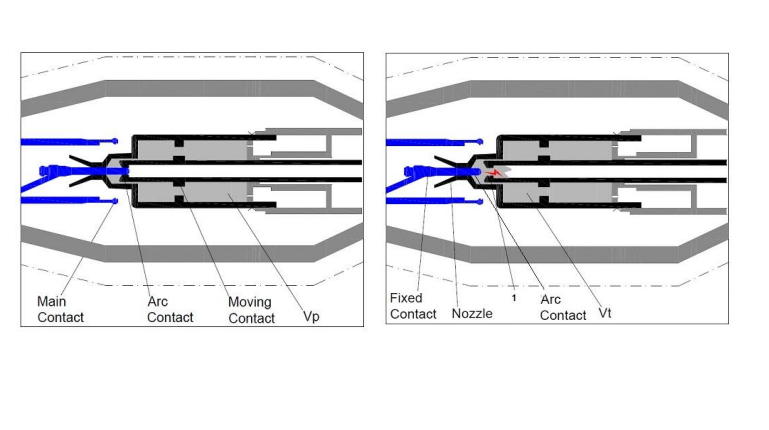 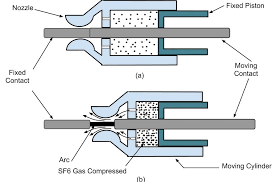 SF6 circuit breakers are preferred for rated voltages of 3.3 kV to 760 kV.