Potential transformer or voltage transformer are used in electrical power system for stepping down the system voltage to a safe value which can be fed to low ratings meters and relays. Commercially available relays and meters used for protection and metering, are designed for low voltage. This type of transformer is generally employed for the voltages above 380 V which feeds the potential coils of indicating and metering instruments and relays. 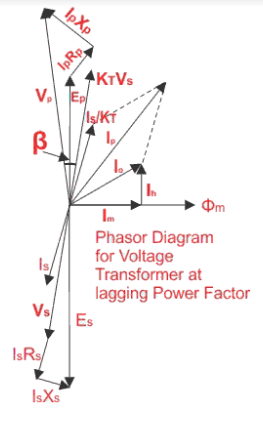 If Vp is the system voltage applied to the primary of the PT, then voltage drops due to resistance and reactance of primary winding due to primary current Ip will come into picture. After subtracting this voltage drop from Vp , Ep will appear across the primary terminals.This Ep is equal to primary induced emf. This primary emf will transform to the secondary winding by mutual induction and transformed emf is Es. Again this Es will be dropped by secondary winding resistance and reactance, and resultant will actually appear across the burden terminals and it is denoted as Vs.

Cause of Error in Potential Transformer

There are generally two types of potential transformers: 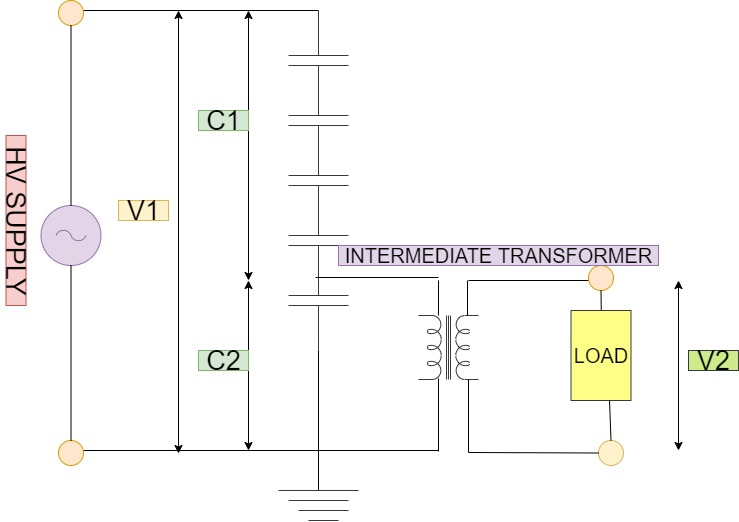 The potential transformers are used to:
(i) feed instruments to measure the voltage level
(ii) feed relay to protect the power system components from undesirable voltage fluctuations
(iii) safely isolating secondary control circuitry from the high voltages.
About Er.sushil Neupane 105 Articles
I am Sushil Neupane. I have completed my Bachelor degree in Electrical Engineering(EE) form Tribhuwan university(TU).Currently , I am working at Prabhu IPTV as a Network support Engineer form 2019.I am also engaged in Blogging since 2019.