Norton’s theorem states that,” With respect to the terminal pair AB, the network N may be replaced with a current sources IN in parallel with an internal impedances ZN or RN. The current source IN, called the Norton’s current is the current that would flow from A to B when the terminals A and B are shorted together and ZN or RN is the internal impedance of the network N as seen from terminal A and B with all the sources set to Zero i.e. with all the voltage sources shorted and all the current sources open circuited leaving behind their internal resistances or impedances.”

The parallel combination of IN and ZN or RN is known as Norton’s equivalent of the network N with respect to terminal pair AB. 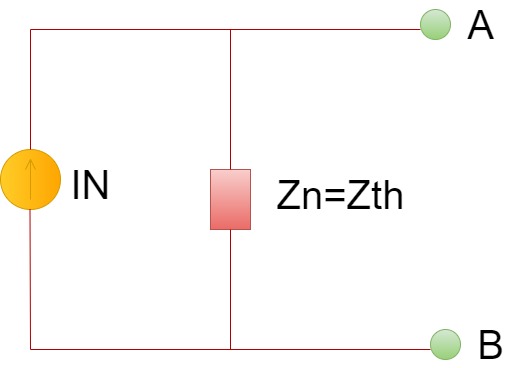 Hence ,if a load impedance RL or ZL be connected across terminal A & B of network N ,the current IL delivered to the load may be calculated from the equivalent circuits by connecting this impedance across A&B and shall be given as

Procedure to obtain IN and RN(ZN) 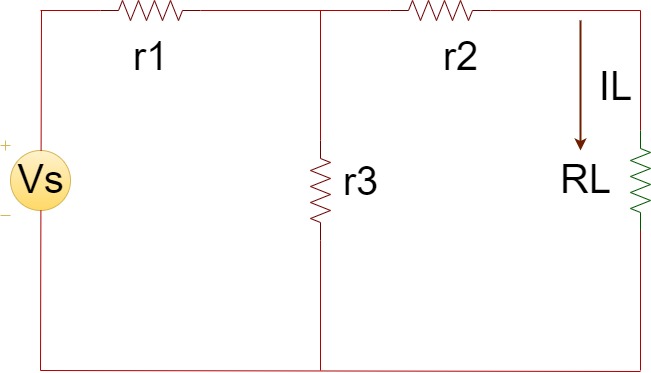 1. Remove the portion of the network across which the Thevenin’s Equivalent circuit is to be found.

2.Mark the terminal AB of the remaining 2 terminal circuit. 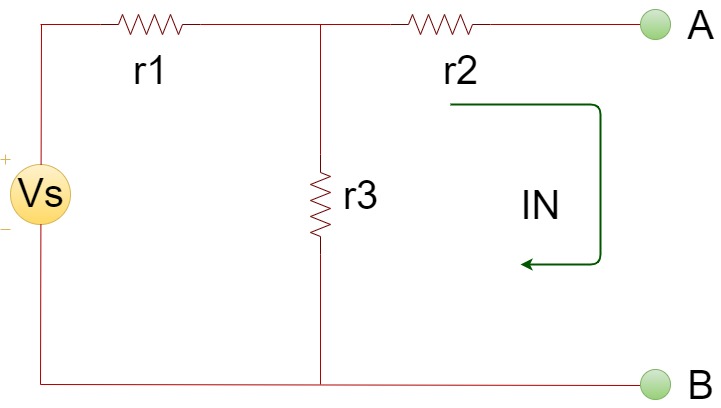 3.Short the terminals AB. Obtain the short circuit current i.e IN flowing from A to B keeping all the sources of their normal values.

For the calculation of Norton’s Resistance

If circuit having only independent sources. In this case, set all the sources at Zero values i.e with all the voltage sources shorted and all the current sources open circuited leaving behind their internal resistances or impedances.

If circuit having independent and dependent sources both: In this case, we calculated IN ,then the internal impedance of the network N is obtained as RN.

If circuit having only dependent sources: In this case , we apply a voltage V at the terminal pair AB.A current I will flow due to application of V , then the internal impedance of the network N is obtained as 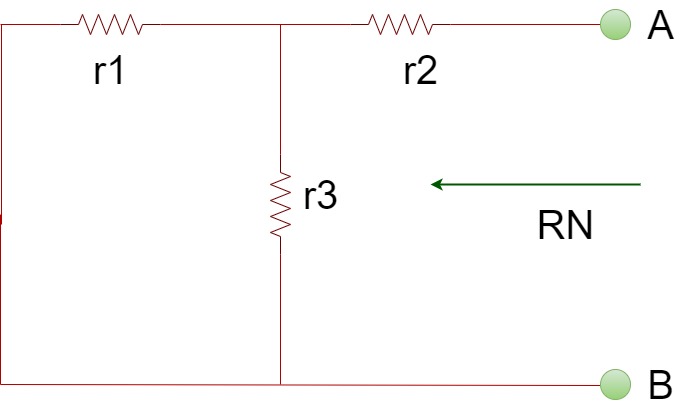 5.Draw the equivalent circuit across AB,  Norton’s current IN in parallel with ZN or RN. 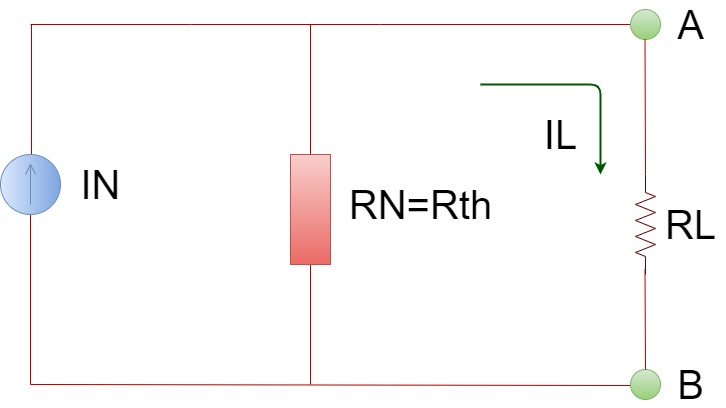 Removing the portion of the network 10Ω resistor across which the Norton’s theorem is to be applied and short terminal and obtain the short circuit current IN flowing through it keeping all the sources of their normal values. 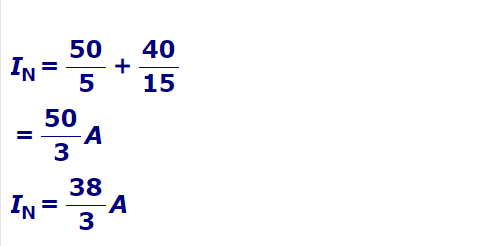 calculate the Rth or RN. 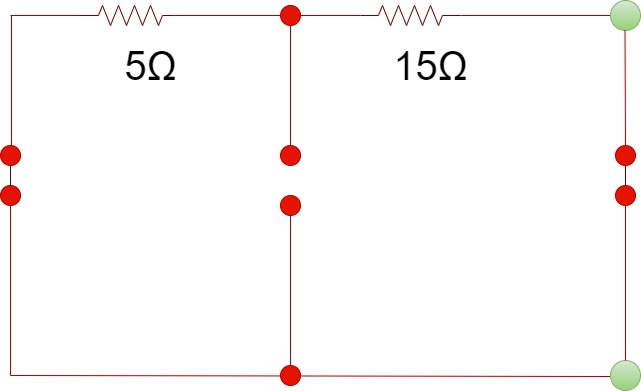 Draw the equivalent circuit across the terminal 10Ω resistor with IN in parallel with ZN or RN. 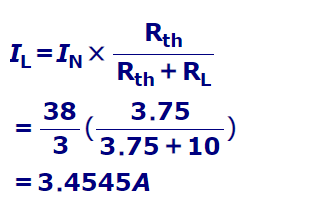