In the earlier stage dc system was employed for generation,transmission and distribution of the electric power.with the introduction of transformers and 3 phase ac system the electric power generation,transmission and distribution is shifted towards ac system.The first 110V dc central Electric station was installed by Edision in New york in 1882.mercury arc converters were used in earlier dc system.with the development of high power thyristors in early 1970s the HVDC transmission has become technically and commercially viable alternative to EHV/UHV AC transmission for distance bulk power transmission,cable transmission and system interconnection .HVDC technology is used to transmit electricity over long distances by overhead transmission lines or submarine cables.It is also used to interconnect separate power systems where traditional HVAC connections cannot be used.

when using direct current to provide an asynchronous link between two ac systems,it is necessary to have two converter stations one at each end connected by dc transmission line.Transformer and thyristor valves are used in converter stations. chockes and filters are provided at each end to ensure smooth direct current and suppress harmonics.At sending end the thyristor acts as rectifiers to convert ac into dc which is transmitted over the line.At the receiving end the thyristor valves act as inverters to convert dc into ac which is used at receiving end.

The power dispatched from the generating station Ps less than the power received at the receiving end PR(Ps-PR) represents the power losses due to the conversion and transmission.The converter at the sending end acts as a rectifier and is suitable for power frequency on its ac side while the converter at the receiving end acts as an inverter and its frequency is determined by the frequency of the load system.

In the converter  at the sending end the voltage is stepped up to appropriate value by step-up tarnsformer and then converted into the direct current by the thyristor valves.The rectified current flows through the transmission line to the receiving end converting station where it is converted into 3-phase ac current by the thyristor valves and then stepped down by the step-down transformer to the low voltage for the distribution. 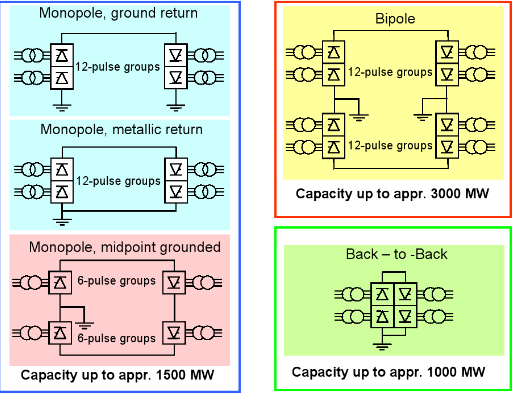 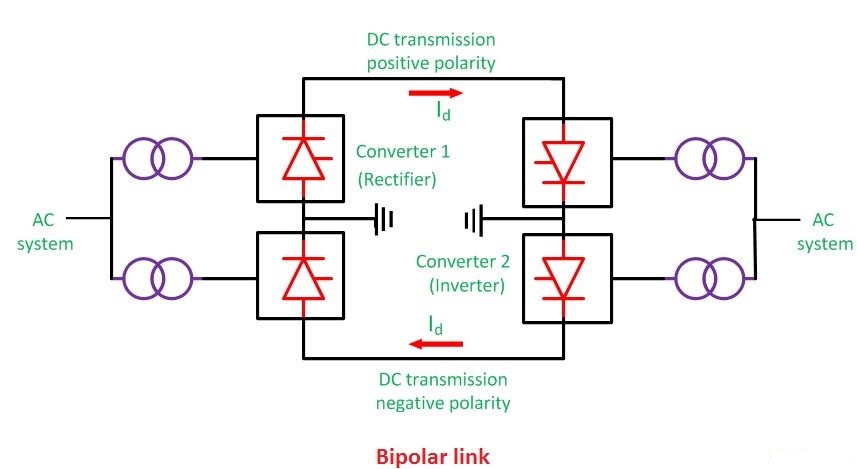 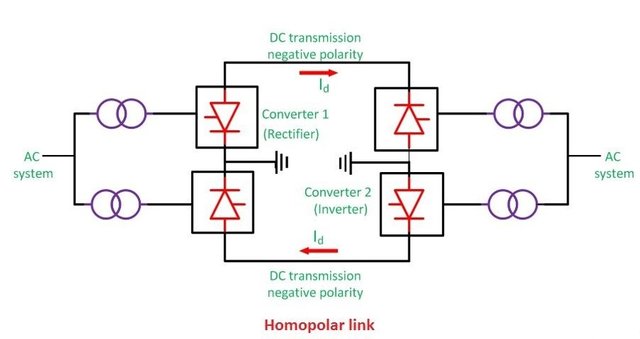 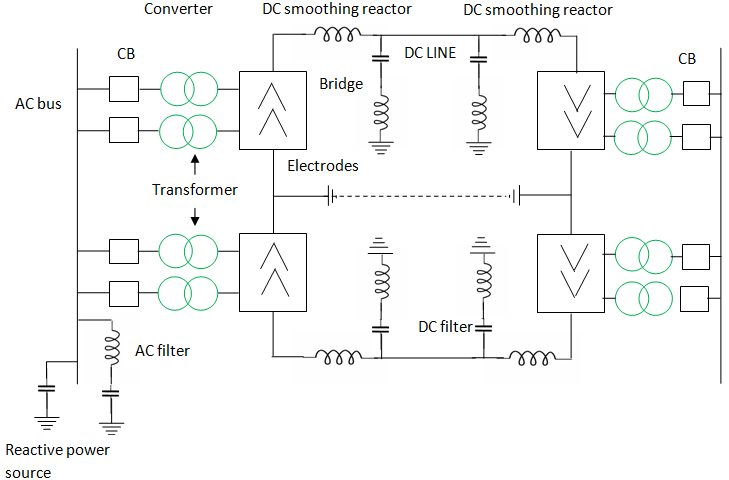 The 3-phase bridge converter employed in HVDC transmission should convert pure ac sinusoidal waveform to pure dc form but in practice the operation of converter generates harmonic currents and harmonic voltages on ac side as well as dc side.

Advantages of HVDC over HVAC

a)HVDC can transmit more power per conductor per circuit than HVAC.

b)HVDC has no skin effect. 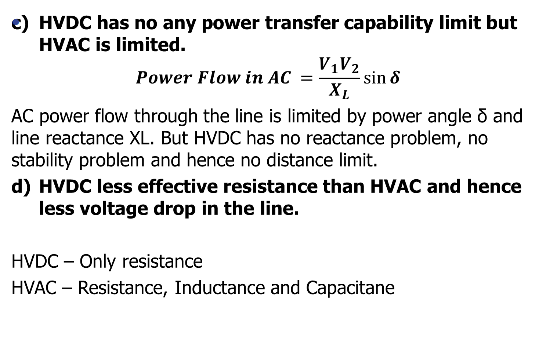 Since corona loss increases with frequency (in fact it is known to be proportional to f+25), for a given conductor diameter and applied voltage, there is much lower corona loss and hence more importantly less radio interference with d.c. Due to this bundle conductors become unnecessary and hence give a substantial saving in line costs. 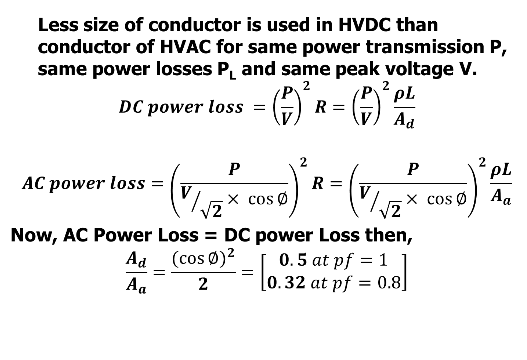 g)Asynchronous interconnection is possible in HVDC.

In addition, different power authorities may need to maintain different tolerances on their supplies, even though nominally of the same frequency. This option is not available with a.c. With d.c. there is no such problem.

When an a.c. transmission system is extended, the fault level of the whole system goes up, sometimes necessitating the expensive replacement of circuit breakers with those of higher fault levels. This problem can be overcome with hvdc as it does not contribute current to the a.c. short circuit beyond its rated current. 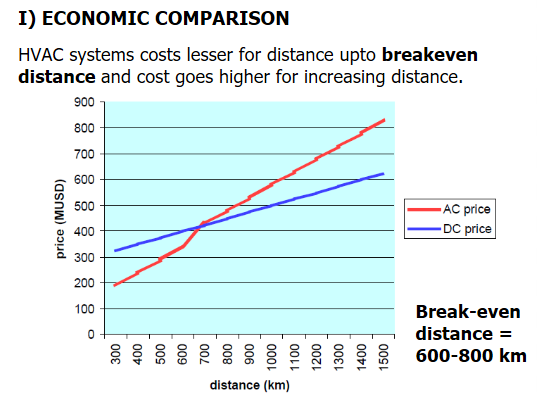 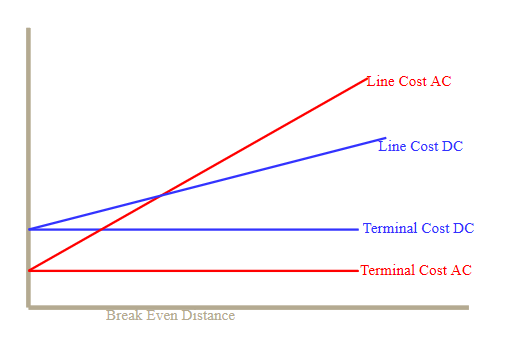 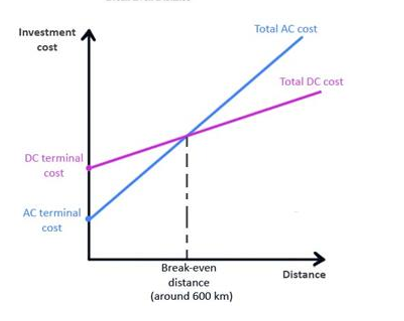