In an electrical power system comprising of generators, switchgear, transformers, power receivers and transmission and distribution circuits, sooner or later some failure will occur in the system. The probability of failure or occurrence of abnormal condition is more on power lines. As the power lines are widely branched, have greater length, operate under variable weather conditions and are subjected to various action of atmospheric disturbances.

Short circuit or shunt fault is the most common and dangerous fault occurs in a power system. They occur as a result of breakdowns in the insulation of current carrying phase conductors relative to earth or in the insulation between phases.

The short-circuit faults can be classified as:

The line to ground(L-G) faults occurs most commonly in overhead line. A large number of such faults are transitory in nature and vanish within a few cycles. The balanced three-phases fault is very rare in occurrence. 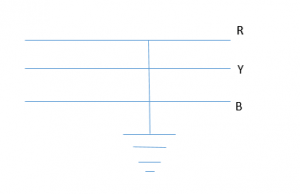 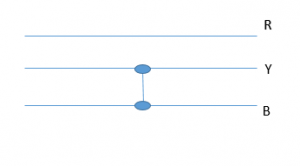 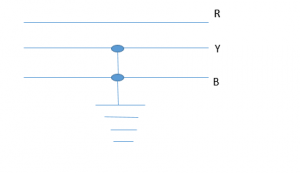 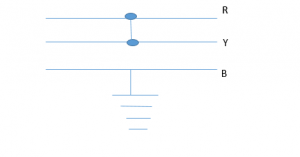 All the three phase to ground(L-L-L-G) and All the 3-phases short circuited are of symmetrical nature and give rise to symmetrical currents. There are currents in the three phases with 120-degree displacement. The symmetrical three-phases faults generally occur due to carelessness of operating personal. 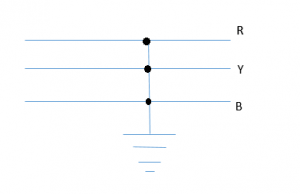 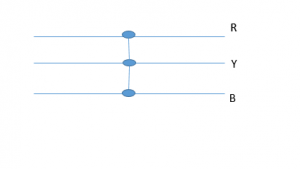 Frequency of Fault occurrence in Different Links of a power system

Relative probability of occurrences of Most Frequent kinds of short-circuit Faults in overhead and cable power Transmission circuits.

Due to a short circuit in a power network causes heavy current to flow in the network. The current attains its maximum value and then decays to some steady-state value. 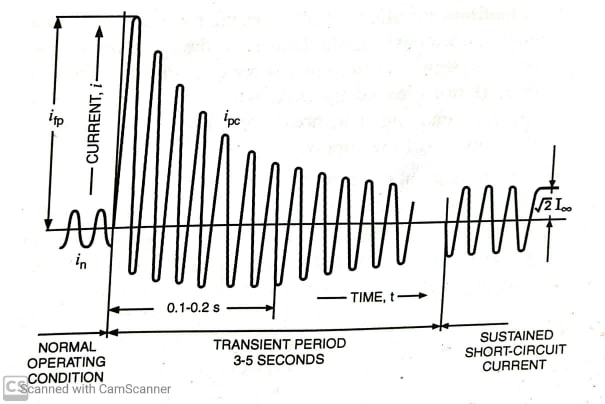 pic:process of change in a short-circuit current

Sustained current: Sustained current is the fault current that will flow in the circuit if it is allowed to persist after the transient process ends. This value is used in the electrical equipment’s for designing the thermal stability.

First peak short-circuit current: This is the maximum instantaneous value of the current that will reach during the first moment of a short circuit. This value is used in electrical equipment’s for designing the dynamic stability.

Effects of Faults on power system

The protective relays are connected in the secondary circuits of current transformers(CTs) and potential transformers(PTs). under the normal operating conditions, the voltage induced in the secondary of the CT is small and therefore the current flowing in the relay operating coil is insufficient in magnitude to close the relay contacts. Hence the trip coil of the circuit breaker deenergised. The breaker contacts remain closed and it carries the normal load current. On the occurrence of fault, a large current flows through the primary of the CT which increases the voltage induced in the secondary and hence the current flowing through the relay operating coil. The relay contact is closed and the trip coil of the breaker gets energized to open the breaker contacts. The circuit breaker opens its contacts. Arc is drawn between the contacts as they separate. The arc is extinguished at a natural current Zero. After final arc extinction and final current Zero, a high voltage wave appears across the circuit breaker contacts re-establishing the arc. This transient voltage wave is called transient recovery voltage(TRV). 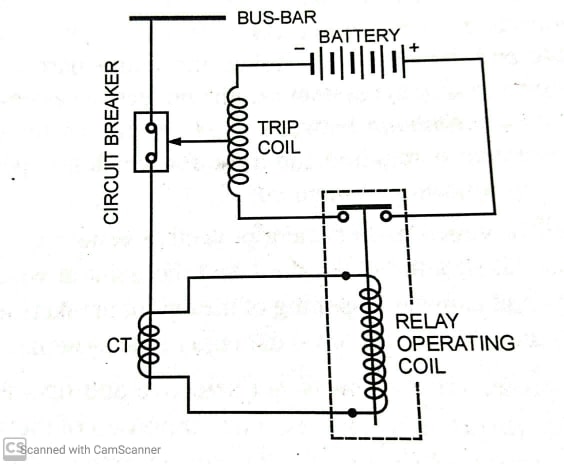