The power stations should be as near as possible to the center of the load so that the transmission cost and losses are minimum. The other considerations for the design of the power station are reliability, minimum capital and operating costs. The layout of the station should be such that the maintenance and repairs can be carried out easily, the design must be compact and well planned ,equipment used must be standard one so that capital cost is reduced and replacement of worn-out parts becomes easy and equipment’s used should be simple so that it can be operated by semi-skilled workers.

The design of the power stations should be such that the station could be divided into a number of sections to avoid complete shutdown of the station when the fault occurs. And the other information to be kept is to

Types and rating of  Generating Stations

The curve showing the variation of load on the power station with respect to(w.r.t) time is known as a load curve. The load on a power station is never constant, it varies from time to time. These load variations during the whole day(24 hours) are recorded half-hourly or hourly and are plotted against time on the graph. The curve thus obtained is known as daily load curve as it shows the variation of load w.r.t time during the day. 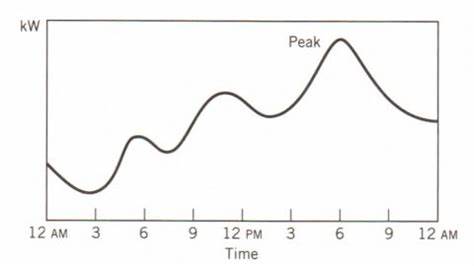