An electric motor is a machine which converts electrical energy into mechanical energy.The fundamental principle of the dc motors are identical with dc generators.A machine that operates as a motor will also operate as a generator.Motor and generator only differs in the mode of construction.

Ic=current flowing through the conductor in amperes and

lc=length of conductor in meters. 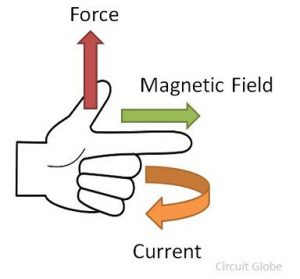 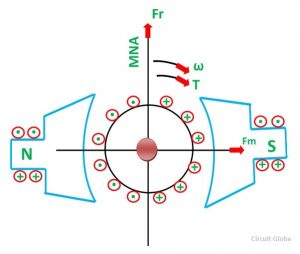 When the field and armature circuits are connected across dc supply mains of 4 pole dc motor,current in armature conductors be outwards under  the N-poles(shown by dots) and inwards under s-poles (shown by crosses).The direction of force on each conductor can be determined by Fleming’s left hand rule.Each conductor experiences a force which tends to rotate the motor armature in clockwise direction. 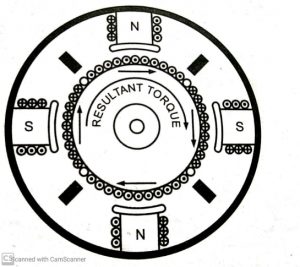 The commutator is a form of rotating switch placed between the armature and the supply circuit and so arranged that it will reverse the connections to supply circuit at the instant of each reversal of current in the armature coils of the motor.In case of dc motor the current through the coils of the armature windings is necessary to be  reversed as a particular coil leaves one pole ,crosses the neutral line and comes under the influence of next pole which is of opposite polarity.

Back emf in dc motor:

when the motor continues to rotate due to motor action the armature conductors cuts the magnetic flux and emf is induced in them.The direction of induced emf is known as back emf as it oppose the applied voltage.Back emf acts like a governor i.e it makes the motor self-regulating so that it draws as much current as just required.

Back emf in a dc motor: 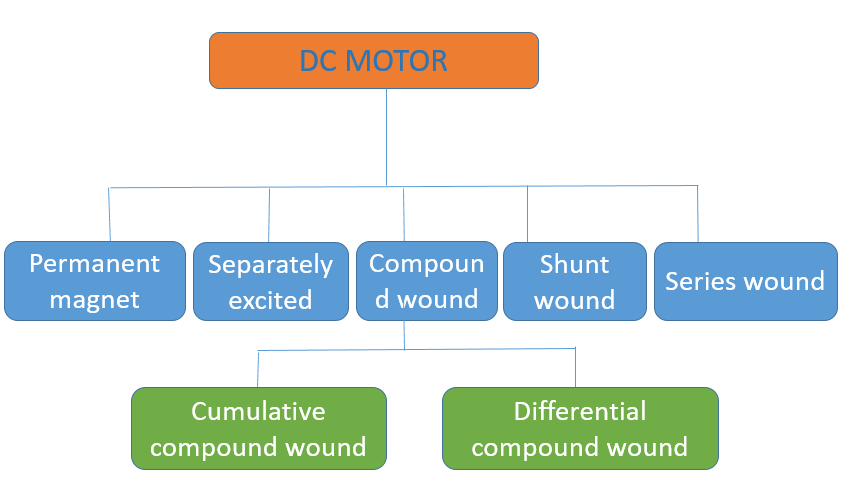 The dc motor is classified as: 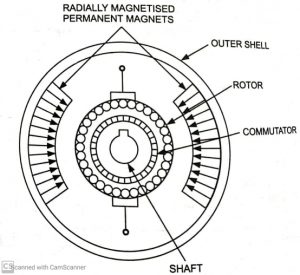 Most of permanent magnet motor operate on 6V 12V or 24V dc supply obtained from batteries or rectifiers. 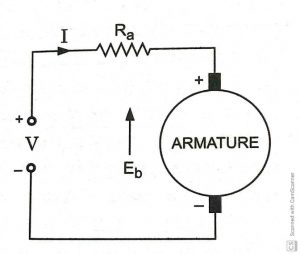 used in automobiles as starter motors and for windshield wipers and washers.

used in heaters and air-conditioners for blowers.

used in raising and lowering windows.

Armature and filed coils are feed from different supply sources.

p=VI where v is supply voltage 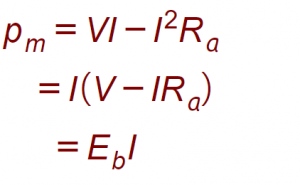 Field coils consisting of few turns of thick wires are connected in series with the armature.The cross section area of the wire used for field coils has to be fairly large to carry the armature current. 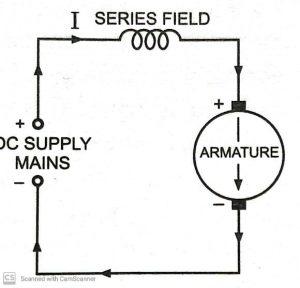 Fields coils are connecetd in parallel with the armature.The field windings consisits of large number of turns of comparatively fine wires to provide large resistance.The field current is less than the armature current. 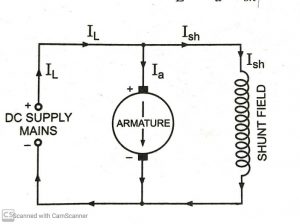 The current supplied to the motor is divided into two paths,one through the field winding and second through the armature

where V is the supply voltage and Rsh is the shunt field resistance. 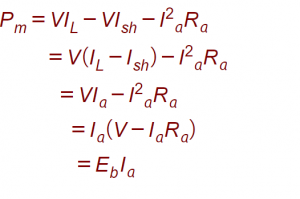 This type of dc motor has both shunt and series field coils.The shunt fields has more ampere-turns.Basically there are two type of compound wound dc motors.

The important relations of motor characteristics are: