Transmission of large amounts of power over long distances,can be accomplished most economically by using extra high voltage(EHV).An increase in transmission voltage results in reduction of electrical losses,increase in transmission efficiency,improvement of voltage regulation and reduction in conductor material requirement.At the high voltage above 300Kv ,a round single conductor per phase is used,corona cause a significant power loss and interference with the communication circuits.If more than one conductor is used per phase it is called bundling of conductors.It is rather preferable than hollow conductors.Lines of 400Kv and higher voltage invariably use Bundled conductors. 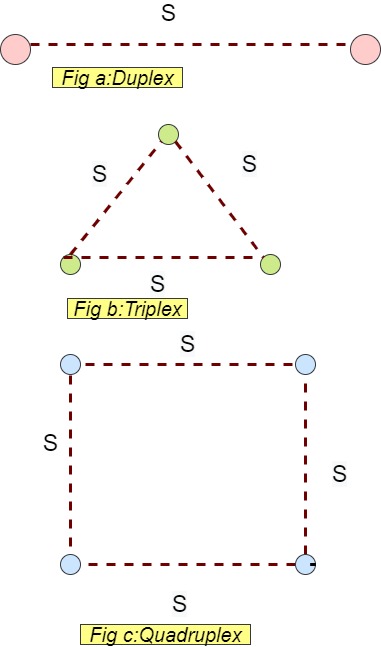 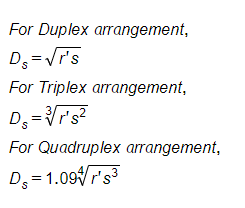 where r’ is the geometric mean radius of each sub conductor of bundle and s is the spacing between sub conductors of a bundle.

For more notes on Electrical engineering,