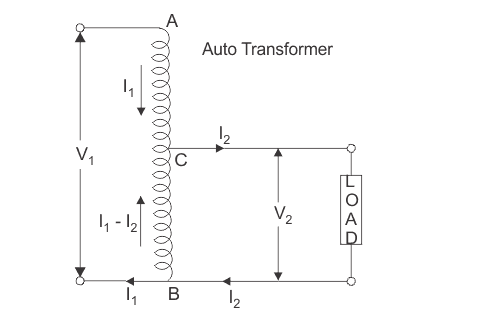 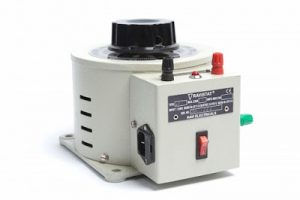 AB=primary winding consisting of whole turns between terminals A and B i.e N1

V1=voltage applied across primary terminal A and B

Winding AB is tapped at C.

BC=secondary winding consisting of turns between terminals B and C ie.N2

V2=voltage applied across secondary terminal B and C

voltage across BC is

The equivalent circuit of auto transformer is shown above.Where 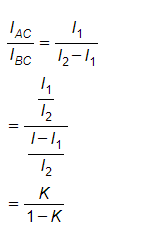 Hence the ratio of current in the parts of winding is(k/1-k). 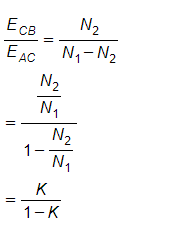 since “cross section of conductor(copper or aluminium) α current to be carried out”.Also “Length of the conductor in a winding α  number of turns”.Therefore,

The total weight of conductor material required is proportional to

so weight of conductor material in auto transformer is proportional to 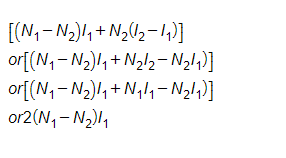 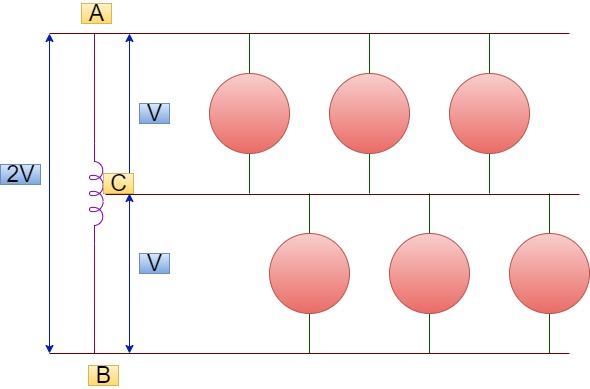 2.Auto -transformer with a number of tapping are used for starting induction motors .Auto transformer used for this purposes are auto-starters.

5.Auto-transformers are also used as boosters to raise the voltage in an ac feeder.

6.Auto transformer are mainly used for interconnecting systems that are operating at roughly the same voltage .For example, the interconnection of EHV system(220kv amd 132kv) by auto transformer results in considerable saving of bulk and cost as compared to the conventional two winding transformers.