An ordinary dc series motor ,when connected to single-phase ac supply,operates,bu not very satisfactorily.The reasons for this are as follows:

Modification and Improvement in design of AC series motor

There are several modification necessary in dc series motor to operate satisfactorily on ac. 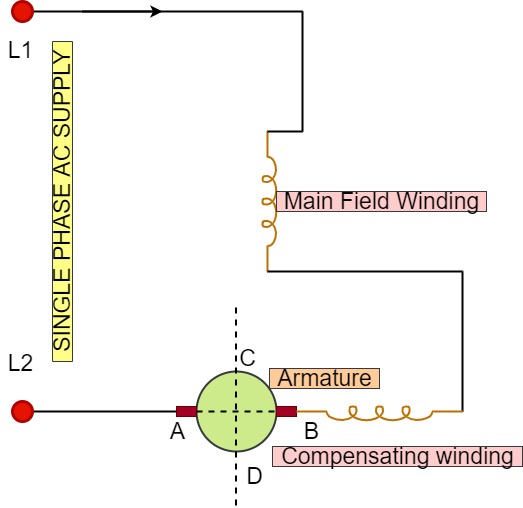 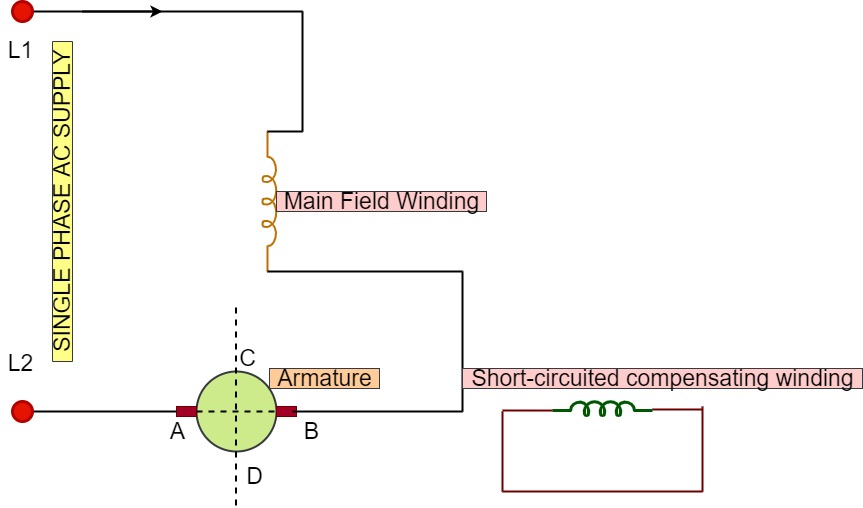 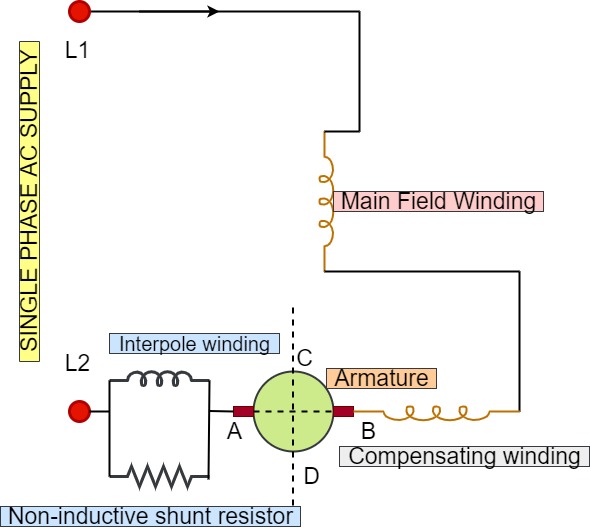 The speed emf and the transformer emf in the commutated coils add in quadrature to give a resultant emf.By shunting the interpoles with a non-inductive shunt resistor,the phase of the interpole flux can be made such as to neutralize the resultant.